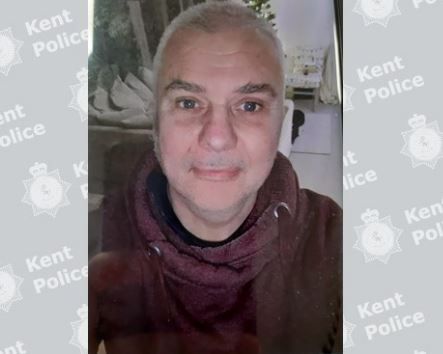 Information is sought to help locate a man reported missing in Maidstone.

Steve White was reported missing on Friday 14th January 2022 and was last seen in the Northumberland Road area of the town at around 11am on Thursday 13th January.

The 57-year-old is described as around five feet, eight inches tall, of slim build, with short, light grey hair.

It is not known what Steve was wearing when he went missing.

Officers are concerned for his welfare and urge anyone who has seen him or who knows of his whereabouts to call 101, quoting reference 14-0623.