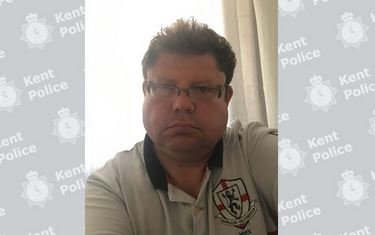 Kent Police are requesting information is sought to help locate a man reported missing in Dover.

Simon Sirkett was last seen in the Brookfield Avenue area of the town at around 5pm on Wednesday 28th July 2021.

The 49-year-old is described as around five feet, ten inches tall, with receding brown curly hair and glasses.

He was reportedly wearing a cream-coloured jacket, a white T-shirt with a red stripe on it and black trousers when last seen.

Officers are concerned for his welfare and urge anyone who has seen him, or who knows of his whereabouts, to call 101, quoting 28-1004.