Canterbury Council To Decide On New Housing To Fund Bypass 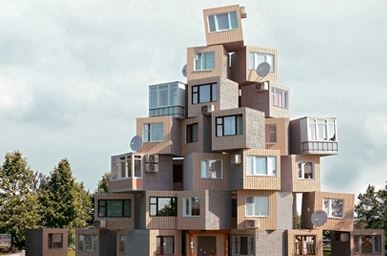 Canterbury City Council’s Policy Committee are meeting next Thursday (27th May) to discuss the idea of whether they should allow thousands of new homes to fund a much-needed eastern bypass.

The council say it could bring major environmental benefits for the city centre and is set to go to a public consultation. Once you have finished choking on your cornflakes we shall explain further!

The councils ‘preferred growth scenario’ set out in the committee report is for between 14,000 and 17,000 new homes for the district up to the year 2040, with the majority of them in the city alongside some expansion on the coast and in villages to support the housing needs of those places and the continuing regeneration of Herne Bay. And you thought it was crowded now!

The government’s minimum requirement for new homes in the district up to 2040 is 9,000, but following extensive research and having heard the views of residents in last year’s issues consultation, the council is taking the view that a much bolder approach might be the best way forward. We do not know any resident who would want ‘more’ new housing , so who have CCC been talking to?

To build more houses outside the City in order to solve congestion in the City is plain nuts!

Up to 17,000 new homes would unlock the developer funding needed to build the bypass, which would stretch from the A28 at Sturry, across to the A257 and then on to a new junction at the A2 at Bridge. So by building way more housing than they need to, they get extra funding to build a new bypass – whilst jamming up the roads with thousands of more cars from new home owners. You really could not make it up!

The councils idea is that the bypass would allow cars to be removed from the inner City ring road, to be replaced by dedicated cycle lanes and public transport links. This would address the city’s congestion problems, improve air quality and public health, and enhance Canterbury’s historic environment. o whilst Canterbury is freed of traffic, the rest of the district cannot move and even more open green spaces are lost.

Leader of the council, Cllr Ben Fitter-Harding, said “It’s the issue that never goes away – build as few homes as possible but continue to overload our already-creaking infrastructure, or propose enough development to fund the infrastructure we actually need, now and in the future”. It’s only one new road Ben what about all the other roads that are continually congested?

Cllr Ben continued “”If councillors agree to go out to consultation, we will be very keen to see where public opinion sits, both on this thorny issue and on our vision for the district for the next 20 years.”