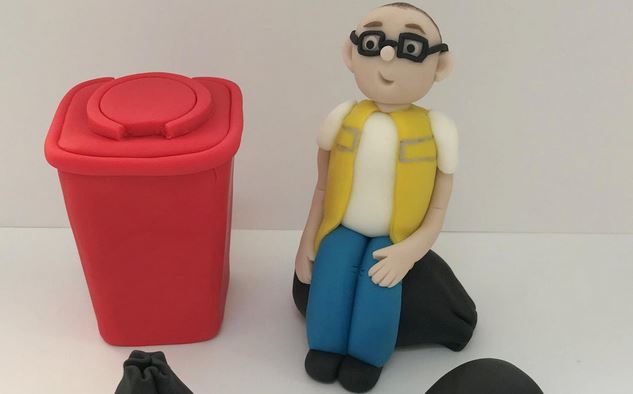 On Friday 23rd July TMBC said collections are still subject to delay and suspension due to driver shortages. This time around, garden waste collections will be suspended for 4 weeks. Even though the annoucement was only supposed to come into force on Monday 26th July, many people did not get their garden waste collectedthe previous week.

The TMBC website states “collections have been suspended from Monday 26 July for at least four weeks. Subscriptions will be extended for the period the suspension is in place. Outstanding pick-ups from last Thursday and Friday are now scheduled to be completed next week”.

Many residents are furious that just as the summer months arrive, their garden waste, which is already overflowing will not be collected for weeks. Not only that, but TMBC decided to charge households £40 a year for a brown ‘garden waste’ bin – which they are not able to empty thanks to Urbaser.

There is also confusion regarding green recycle waste, as residents are now unsure when to put out their bins after missed collections.

The TMBC website says “recycling (green bin and boxes) – we are prioritising recycling collections not yet completed from last week. Due to the volume of waste to collect and the ongoing staff shortages, these are now expected to be completed by the end of Monday 2 August. Collections due Friday 30 July and in w/c 2 August will therefore be delayed by up to several days, so please do not put your recycling out until the revised date below”.

Although TMBC are fining Urbaser for their poor service, it does not help residents. Households are not getting a reduction in their council tax for the poor service. TMBC have only offered to extend the period of the brown bin charge by the number of weeks the service is postponed. That does not help when villages look an eyesore as brown bins are left over flowing by the roadside.

One Tonbridge resident sent the following message to TMBC “its been 51 days now and still no recycling collection in TN9. The street looks a mess. Please have a word with Urbaser”.

Councillors nowwant to get to the bottom of the problem with the £122m 10-year contract with Urbaser.

Councillor Morton (Lib) wants more details about penalties applied to Urbaser. TWBC staff member suggest a better service would cost 10s of millions more. Cllr Hayward (TWA) has suggested the contract may have been under-priced and this was known WHEN it was awarded.