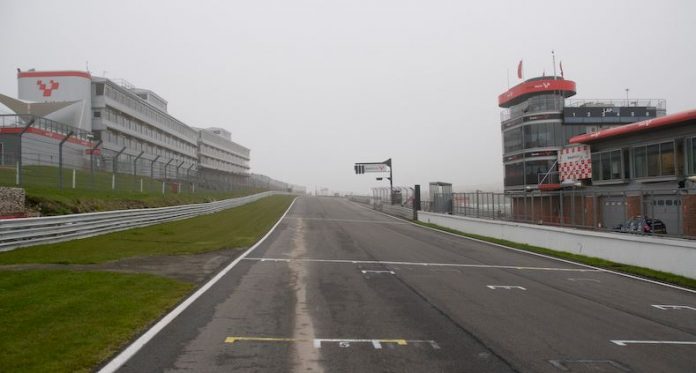 The incident occurred after two drivers made contact along the start-finish straight during the opening laps, after a car was sent into the barrier on the outside of the circuit where it was launched into the air and collided with the marshal’s post.

The race was immediately stopped as emergency crews attended the scene. The air ambulance was also brought in to land on the track, while Kent Police confirmed they were called shortly before 3pm “following a collision involving a car and a person on foot”.

Marshals make racing possible. This is such sad news

Early reports suggest that the marshal was a 60 year old man from Surrey. It is understood that the driver has been taken to hospital with a broken leg.

The British Automobile Racing Club confirmed yesterday’s tragedy was as a result of an accident that occurred during a race meeting.

A spokesperson said “On behalf of everyone connected with the BARC, we are devastated by loss of one of the amazing volunteer marshal community who do so much to enable the sport to take place. Our thoughts and best wishes are with the family and friends of all those involved”.

Marshals work at motor sport events as volunteers across the country, so a lot of people have sent their condolences for the fallen member of ‘the orange army’. There would be no motor racing in the UK without the dedicated and hard work of all the marshals.

No information has been released about the driver, or the other person involved.

Racing is expected to resume at Brands Hatch later today.

There has been no official comment from circuit operators MSV so far.