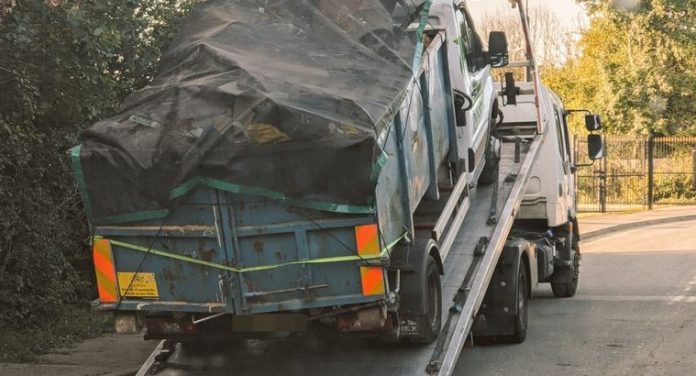 Yesterday Kent Police stopped a van in rural Kent after they spotted the driver on his mobile phone whilst driving.

After further investigation, the police soon discovered that the vehicle had not been taxed since June 2021, so had been on the road for over 3 months without the appropriate licensing.

The police also suspected that the van was overweight as it appeared to be heavily overloaded.

The driver was issued with a TOR (Traffic Offence Notice) notice and the vehicle was seized on the spot.

Cyclist In Kent Gets More Than He Bargained For