HomeTravelCyclist In Kent Gets More Than He Bargained For
Travel

Cyclist In Kent Gets More Than He Bargained For 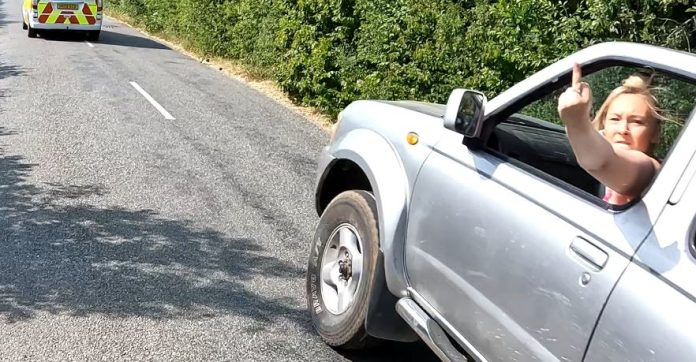 A cyclist enjoying the roads around East Kent got more than he expected yesterday.

The regular cyclist was on a road in Kent when he had a close shave with two vehicles in a row. The current law is that vehicles need to allow at least 1.5 metres between them and the cyclist when passing. In this instance neither vehicle followed this guidance, putting the cyclist at extreme risk.

Ironically, the first vehicle was a van that is usually used as an escort for abnormal loads and is run by ‘Daz Tran International (Ltd)’ based near Hythe. Sadly this driver was not following the standard advice for leaving plenty of space.

The second vehicle was also very close to the cyclist, but the bonus was that the passenger was a rather unpleasant ‘woman’ who thought she would show the cyclist an example of ‘the bird’.

Sadly for both drivers, the cyclist was wearing a bodycam and so captured the registration plates of both vehicles. We are unsure if the footage has been passed on to Kent Police for further assessment, but we are sure they would be interested to take a look.

But in a final show in the power of social media, a number of users have decided to show their annoyance by leaving lots of 1 star reviews on Daz Tran International (Ltd) Google Reviews page. It looks like they may have a lot of 1 star reviews from angry cyclists to overcome now, which can be seen here.