You Can’t Park That There, Sir! 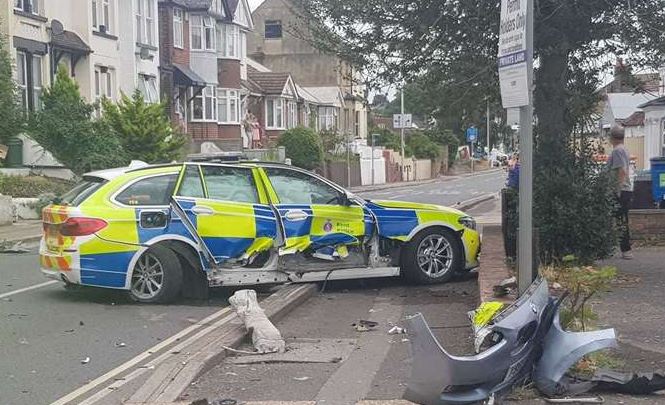 A police car has been involved in a crash on a main road in Strood on Sunday 1st August.

The police car crashed into a silver BMW on the A228 Cuxton Road, with both suffering huge damage. The incident occurred outside the Conservative Club at around 12:20pm.

An eye-witness said the porch of the Conservative Club had been destroyed in the accident.

enquiries into the incident are ongoing

A police spokesman said “No injuries have been reported, however a road closure was enforced due to the carriageway becoming obstructed”. Obstructed by a crashed police car was it?

A council parking enforcement officer was soon dispatched to the scene to advise the police that they cant park their vehicle there, as its clearly signposted ‘for permit holders only’, and it is partially obstructing the pavement.