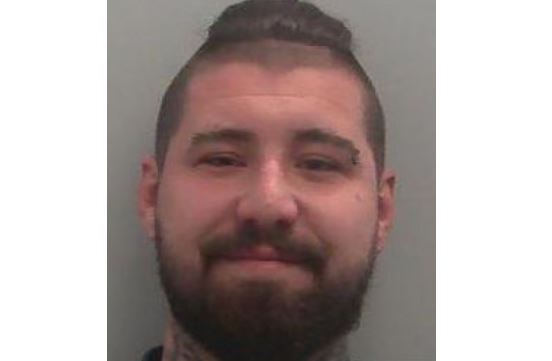 When police searched a man with suspicious behaviour, it has led to him being jailed for more than two years.

Torron Sapsed, from Rochester, appeared at Maidstone Crown Court on 15th January 2021 where he was sentenced to two years and four months.

The 24-year-old, of Mooring Road, had previously admitted being involved in the supply of cocaine, LSD and cannabis.

Sapsed was first arrested on 29th October 2020 after officers executed a drug warrant at his address. While inside the property they found what was believed to be cannabis, cocaine and LSD along with drug paraphernalia including scales and deal bags. Multiple mobile phones were also found.

Due to the need for further investigation, he was initially released pending further enquiries.

He was arrested again on 4th December, when officers on patrol became suspicious of his behaviour and suspected he was about to carry out a drug deal in the City Way area.

He was stopped and as part of a search his mobile phone was seized. Bulk marketing text messages were found on it where drug users were offered cannabis and cocaine.

A further search of his address revealed a large quantity of money, more cocaine and cannabis.

Officers also discovered that following Sapsed’s first arrest he had got a new mobile phone but kept the same number which was used to send out the bulk marketing text messages.

Investigating officer PC Tom Slocombe of Medway CID said “Sapsed was a key player in this drug network and I’m pleased he has been removed from the area and has been sentenced accordingly. We tirelessly work to disrupt drug networks and will not tolerate this type of offending in Kent or Medway. Drug dealing affects not only the lives of vulnerable drug users, but those around them. I hope Sapsed’s sentence acts as a deterrent to anyone who may be considering this type of lifestyle.”

It is a shame that the police did not reveal whether Mr Sapsed is a full British national or if he has entered the country via the immigration system. The public have a right to know where these criminals are coming from and if there is a chance they could get deported after serving their sentence.