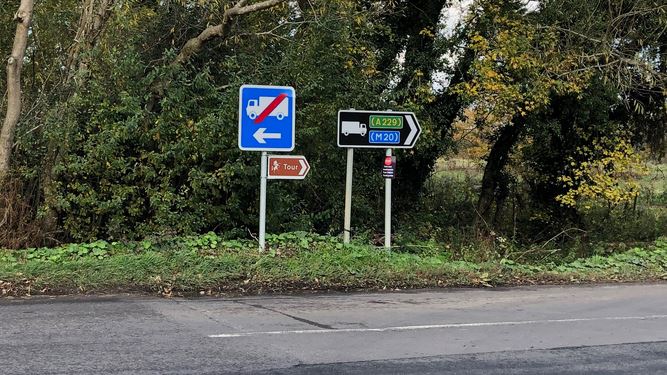 People living near Chainhurst in Kent are fearing the worst as a potential new £8million egg farm take shape.

The locals are unhappy that the plans indicate that numerous HGVs will travel down a quiet country lane that is currently signposted as ‘unsuitable for HGVs’.

Cranbrook-based Fridays is applying for permission to build the new farm and says it hopes to build Wealden Woods Free Range Farm on land at Reed Court Farm at Chainhurst, near the village of Hunton.

The plan comprises of three hen houses – each capable of accommodating up to 64,000 chickens and producing some 60million free range eggs a year. The plans also show they intend to plant 36,000 trees to create 20 hectares of new woodland and woodland pasture for the chickens to roam. The hen houses will be fitted with solar panels and the aim is for the operation of the free range farm to be carbon neutral.

Yet only five years ago, the firm pulled plans for a 64,000 hen facility in Horsmonden amid welfare concerns raised by Tonbridge charity Animal Aid and opposition from locals.

The locals are unhappy that Hunton Road will be used by a number of heavy goods vehicles. The roads are currently unfit for purpose or will need widening to accomodate the additional large vehicles. There are also concerns as to the smell from nearly 200,000 chickens!

Fridays Ltd have launched a new website to inform the community of new developments at Reed Court Farm, although it is currently short on details.

You can find it here.