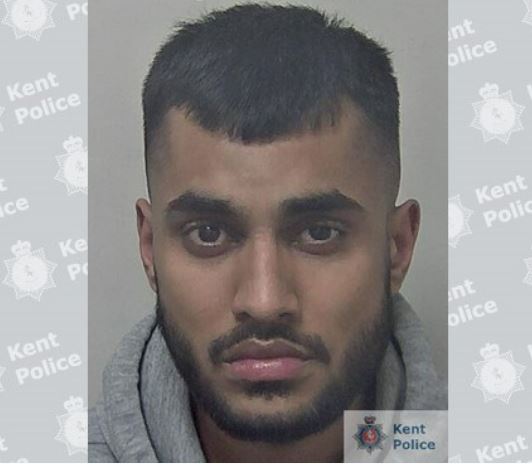 A third man has been jailed for a scam in which a group tried to steal bank cards and details of cash machine users in Thanet.

Attaul Qayyum, 22, was a driver for the group who placed devices on a machine in Ramsgate in August 2020.

They were arrested after an off-duty police officer saw them acting suspiciously later that day.

On Tuesday 14th June 2022, Qayyum, of Abbotsbury Road, Morden, South London, was jailed for 15 months after being convicted of possessing articles for use in fraud.

Kent Police were called on the evening of Friday 21st August 2020 after members of the public reported that their cards were being withheld by the machine in Grange Road. On further inspection, a cash machine user had also found a recording device hidden inside a false panel which had been attached to the machine.

Officers attended the scene and examined CCTV footage which showed two men had approached the machine, with one keeping a look out while the other attached the devices.

Not long after, one of the police officers who had attended and viewed the footage was off-duty when she saw three men, two of whom she recognised from the CCTV, in the same area.

She called 999 and reported their presence, then followed their car to the roundabout onto the Thanet Way at St Nicholas-at-Wade. Her on-duty colleagues soon caught up with the suspect vehicle and arrested the three men inside. Qayyum was the driver.

Further enquiries revealed a similar incident to that in Ramsgate had taken place in Broadstairs High Street earlier on the same day. A card lost during that incident was found in the vehicle, along with other items.

The other two men involved previously admitted the same charge as Qayyum and they were jailed for nine months and seven months respectively in October 2020.

Kent Police’s investigating officer, PC Ellen Green, said ‘Qayyum and his associates were looking to defraud members of the public, who would have suffered financial difficulties and heartache as a result’.