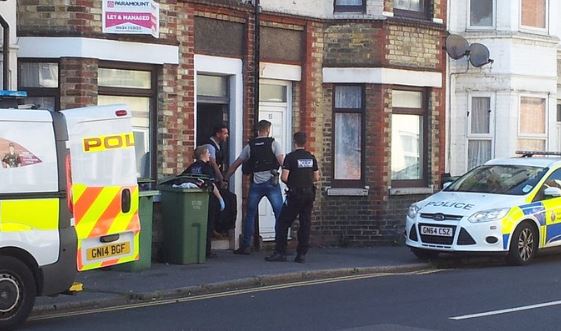 A police officer has had bleach squirted in her eye after attending a disturbance at a house in Folkestone. Officers attended the house in Black Bull Road on 29th May.

The officer escaped serious eye damage because she had been wearing glasses at the time.

people attacking police officers should be given harsher sentences

The officer received treatment at the scene. 51-year-old Lee Mills of Black Bull Road, Folkestone, has since been charged with attempting to cause grievous bodily harm.

If neat bleach was squirted in someone’s face, it hardly sounds like an accident. The charge of ‘attempting to cause grievous bodily harm’ should be upgraded to something with ‘intent to cause serious injury to a police officer’.