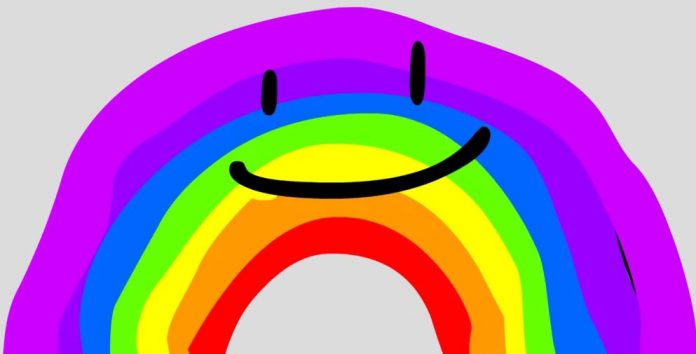 We do not know how big their shop window is, but wouldn’t it be good to fill in the whole window with rainbows to make a really spectacular picture. They are going to need plenty of sellotape and blu tack!

if you want to make a rainbow out of beads, I’m afraid you’re out of luck!

Rainbows have become the recognised symbol for NHS support as it is universal. The Rainbow Badge initiative originated at Evelina London Children’s Hospital to make a positive difference by promoting a message of inclusion. The scheme has now won two awards.

A Stonewall survey (published November 2018) stated that lesbian, gay, bisexual and transgender (LGBT+) patients face inequalities in their experience of NHS healthcare. The survey estimates that one in five LGBT+ people are not out to any healthcare professional about their sexual orientation when seeking general medical care, and one in seven LGBT+ people have avoided treatment for fear of discrimination.

To begin to increase awareness of these issues, and to help improve the experiences of healthcare for LBGT+ patients, NHS staff wear NHS rainbow badges. At some point in the future, straight men and women may become the minority and then the NHS may start wearing blue and pink badges too!