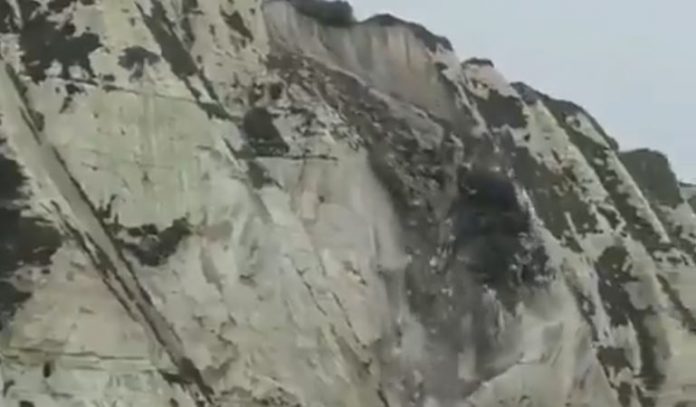 A huge chunk of the white cliffs of Dover plunged into the sea yesterday, as the dramatic collapse was captured on film.

It would seem that this part of cliff was a “Remainer” and could not bear to be apart from the rest of the EU, so thought it would get a bit closer to France by detaching itself from the rest of Britain.

The cliff began to crumble with a few rocks falling, before the huge portion became loose and crashed down into the water. Thankfully, due to the weather, there was no-one sunbathing underneath.

Thousands of tonnes of chalk cascaded from the side of the cliff, which could have kept schools topped up with chalk for years to come, if they had not replaced their blackboard with whiteboards, pens and projectors!

The cliffs are continually breaking off but this last fall is thought to be due to the heavy rainfall we have had recently, which has made the ground very soft and waterlogged.

The coastguard has issued a warning for stupid people to stay away from the cliff edge.