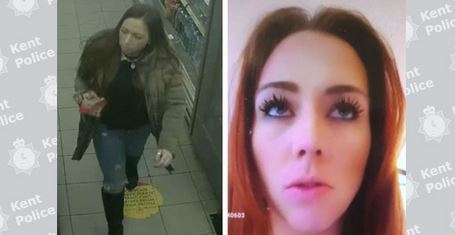 The Crown Prosecution Service has authorised a charge of murder against a man following the disappearance of missing Sissinghurst woman Alexandra Morgan.

Mark Brown, 40, of Squirrel Close in St-Leonards-on-Sea in East Sussex, was charged shortly before midnight on Sunday 28th November 2021 and remanded in custody ahead of his appearance at Medway Magistrates’ Court on Monday 29th November (today).

Mother of two Alexandra Morgan was last seen at a petrol station near Cranbrook at 7.20am on Sunday 14th November and has not been in contact with her family since. Her car was seen making journeys between her home in Sissinghurst, Kent, and towards the Hastings area of East Sussex on that Sunday and the following day.

The 34-year-old had previously posted online about a “stalker” in 2018 and then referenced the incident again last year.

An investigation by officers from the Kent and Essex Serious Crime Directorate resulted in a murder investigation being launched and Mr Brown was arrested in connection with her disappearance on Thursday 25th November. Enquiries to locate Alexandra’s body remain ongoing with searches continuing in several locations.

a police spokesperson said “Kent Police officers, with support from Sussex Police are carrying out searches in three locations in the Hastings and St Leonards-on-Sea area, as part of their work to locate Alexandra.Residents can expect to see a heightened police presence in the area as enquiries continue.”

A 53-year-old man from Hastings arrested in connection with the case on Friday 26th November was released without charge.