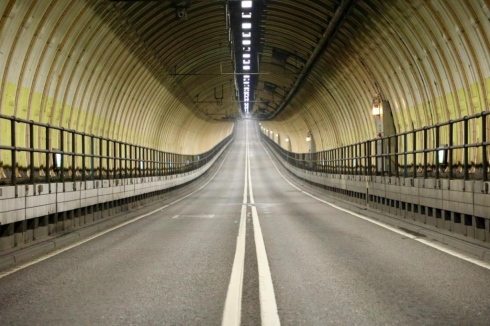 Motorists and night drivers have reported more closures at the Dartford Tunnel during the night. It would seem that the ‘larger’ of the two tunnels is being closed on a regular basis.

Whether the closures are for routine maintenance or cleaning is unknown, but those who travel the route are reporting one tunnel is closed a lot more than the others.

Although traffic is lighter during the night hours, the closures are causing some major problems, especially for distribution companies that are based in North Kent near the tunnels.

Indeed, Sainburys, who have build a huge distribution centre next to the crossing are having some major issues due to the closures. Sainsburys recently invested in some extra high HGVs, which they hoped to use to transport more goods, using less vehicles. They have now found that the vehicles are not able to use the smaller tunnel at Dartford, so have no way of crossing to Essex during the night shift.

As HGVs cannot go through Central London and they do not fit through Blackwall tunnel either, they are having to travel the entire distance of the M25 in order to deliver goods to Essex.

Not only is this causing them additional expense and is time consuming, its also using more fuel and emitting more fumes into the environment. It does not seem like it is easy to find out when the tunnels are closed, unless it is for planned roadworks.

It is about time, especially in this digital age, that there is better communication. Transport companies put a lot of time and effort into planning their fleet movements and it is important for them to be aware of closures. Dartfords traffic is bad, even at the best of times and this bottleneck crossing is a problem at most times. Lets hope that things improve or someone decides to inform people what is going on.