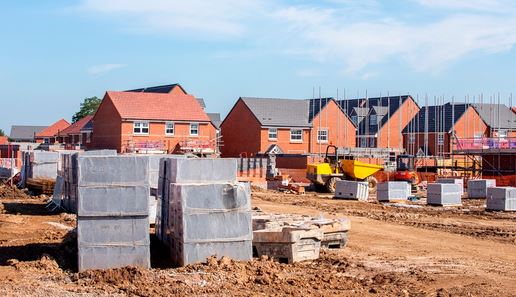 Kent MP Rose Duffield has raised concerns over a proposed 17,000 new homes to b built in the Canterbury area. The council had previously said that it required 9,000 new homes, but it now says that an additional 17,000 new homes will be needed by 2040, on top of another 16,000 earmarked for completion by 2031. These are already in addition to the original 9,000.

The MP has written a letter to the council express her concerns on the number of new homes, as well as raise fears if the sewage and other infrastructure will cope. Chances are that the council will be ‘too busy’ to read the letter as they mull over plans of where to place the 17,000 new homes.

Waste water problems have continually blighted the Kent coast in recent months and Ms Duffield says that this will be exacerbated by Canterbury City Council’s proposals for thousands of new homes.

In a statement, the MP said “It is clear following the multiple discharges of raw sewage into our coastal waters that the sewage system that serves the district is unfit for purpose. The proposals to build 17,000 houses in the district – far more than the government requires – would utterly overwhelm the sewerage system, leading to far more of these appalling incidents”.

The council’s chief executive Colin Carmichael and leader Ben Fitter-Harding have found time to make a quick response to the letter, by stating that the MP’s statements are “naive”. That sounds very encouraging – not!

Despite what the council say, the number of accidents of sewage into the sea by Southern Water is not acceptable. The council can say whatever they wish, the facts speak for themselves and that is that the sewage system is not coping at present.

Perhaps the council should force Southern Water to resolve these issues before they allow any further housing developments to proceed.