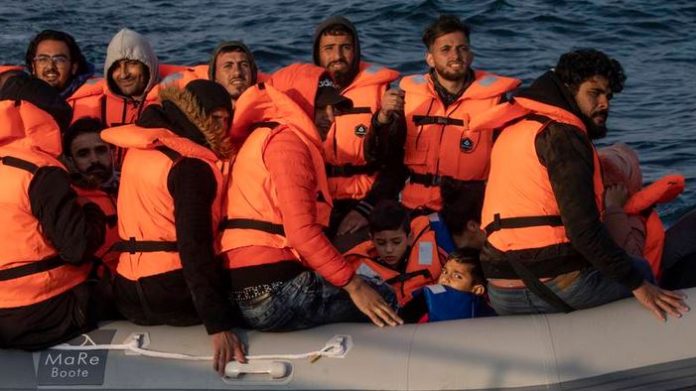 UK MPs have been found saying that migrants are being held in ‘shocking conditions’ in England.

The report says that women and children are forced to sleep in crowded rooms on thin mattresses.

Their concern comes amid criticism over a government advertising campaign on Facebook designed to deter arrivals. The UK Government have spent more than £23,000 on social media advertising between December 2020 and April, targeted at migrants living in France.

The advertss on Facebook and Instagram featured slogans such as “There is no hiding place”, “Don’t put your or your child’s life in danger” and “We will return you”.

It is really encouraging to hear that many migrants have access to social media and have time to sit and view such informative adverts, before making their decision to cross the Channel.

Migrant charity Care4Calais accused the Home Office of “wasting money” on the ads that could have been better spent helping migrants.

Yvette Cooper, the Labour chairwoman of the Home Affairs Select Committee, said the Atrium facility in Kent, where migrants are transferred after they are brought ashore, was unsafe, with vulnerable people held in cramped conditions.

Ms Cooper said that legally no person should be detained by Border Force for longer than 24 hours, but some migrants at the facility had been there for twice that amount of time. Probably just enough time for them to catch up on their social media timelines.

The Home Office said “Unacceptable numbers of people are making life-threatening journeys crossing the Channel at the hands of criminal trafficking gangs. We take the welfare of migrants extremely seriously and despite these pressures we have improved our facilities, arranged additional staffing and are working to process people as quickly and safely as possible.”

Critics to the number of complaints made by migrants, state that any conditions in Kent are immeasurably better than any conditions they could be experiencing in Syria, such as this…