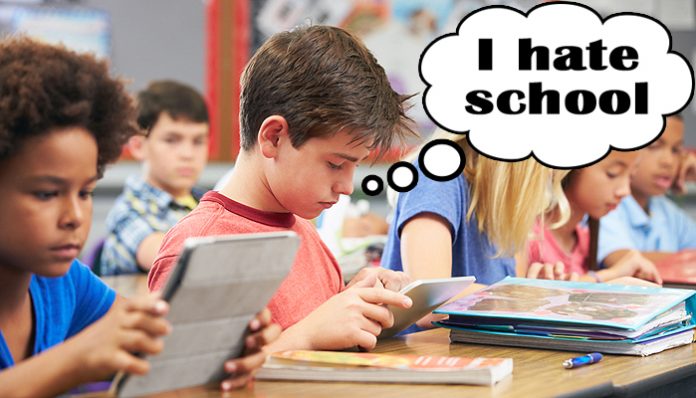 The National Education Union (NEU) has revealed its five tests which it insists should be the minimum for schools across the UK to reopen. The government has already announced its five measures, but the NEU has issued its own in response.

For those who are bored of the daily news, here are the Governments 5 tests:

Test one: The NHS has adequate capacity.

Test two: A sustained and consistent fall in daily deaths.

Today, the NEU outline their five tests that they think the Government should meet before moving to further opening of schools in order to create the necessary confidence amongst parents and staff. As per usual with schools and teachers, their list is a little bit longer…

For those of you expecting the NEU to be totally focused on education and students, you can go to the back of the class, as you got that one wrong.

There is also some confusion if the NEU are insisting people get tested 3 times or if they are just repeating themselves to insure correct spelling (Test 3!).

And we also thought that you should never being a sentence with the word ‘And’ (Test 1). And now they have us doing it too!

Whilst most of the points are quite sensible, there are a number of questions that would still need to be answered. For instance, with Test 4, the NEU would like a whole school to be tested when a case occurs. One parent said “If my child was at that school, I would not be waiting for tests results to come back, my little one would be staying at home immediately”.

Also, with Test 5, they would like vulnerable staff or those who live with vulnerable people to work from home. So would there be a situation where a class of children would be taught by a teacher on a TV screen via zoom? We think not!

There are plenty of ways to ensure a safe return to school for our children. The main one is to ensure that schools do not open too early and give Coronavirus a chance to begin a second wave. Patience is key for both business and schools!