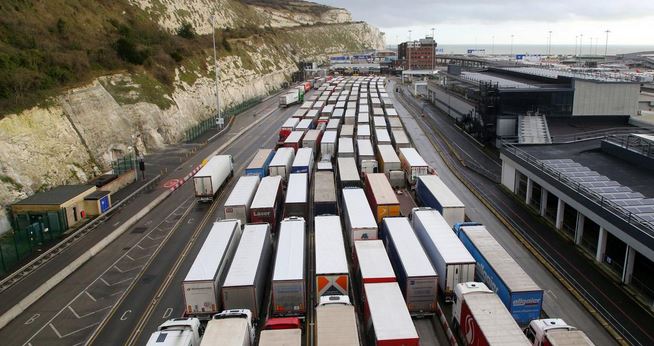 An emergency Cobra meeting has been called by the UK Government today amid fears Kent’s road network will be gridlocked after passenger and freight traffic was barred from entering France for the next 48 hours.

The Prime Minister and his top advisors will discuss how to deal with problems which could see thousands of vehicles at a standstill.

The decision by French ministers to close its borders came a little more than 24 hours after the Prime Minister placed Kent and south east England into strict Tier 4 lockdown measures, with international travel prohibited for people in the affected areas.

France said the action was necessary because of the prevalence of a new variant of coronavirus in the UK and it is likely the issue will spill over into 2021 when the new Brexit custom borders come into force. This will cause extra pressure on the UK supply routes, already facing difficult times in a no-deal scenario

The move, announced on Sunday by France, means no lorries or ferry passengers will be able to sail from the port of Dover. Nations including Germany, Italy, Belgium, the Irish Republic, Turkey and Canada are suspending UK flights.

Switzerland has also temporarily halted UK flights. Austria is also set to bring in a ban, while Bulgaria has suspended flights to and from the UK from midnight. Unlike the short-term measures in many other nations, its ban lasts until 31st January.

Health Secretary Matt Hancock warned over the weekend that the new variant of the virus – which may be up to 70% more transmissible – is “getting out of control”. The new variant has spread quickly in London and south-east England, but health officials say there is no evidence that it is more deadly or would react differently to vaccines.

Health Officials were also quick to point out that it has been detected quickly in the UK, because we are so good at infection tracking and control. The new variant may also be present across Europe but has yet to be detected by overseas testing.

Prime Minister Boris Johnson said he was stuck between a rock and a ‘load of sharp’ objects, after being named the Grinch PM who stole Christmas. Boris was forced into increasing lockdown measures and telling families that they should not mix over Christmas after all.

Kent Police has put Operation Stack into force on the M20 towards Dover on Monday morning, to queue lorries caught up in the disruption. The coast-bound carriageway of the motorway has been shut between Junctions 8 and 11 as a “contingency measure”, the force said.

Manston Airport in Kent is being readied to take up to 4,000 lorries to ease congestion in the county, the Department for Transport has said. Concerns have been raised by the Food and Drink Federation that the border restrictions could disrupt UK food supplies, and exports of British goods abroad. Although freight from France is still allowed to enter Britain, there are fears lorry drivers might not travel because they fear being stuck in the UK over Christmas.