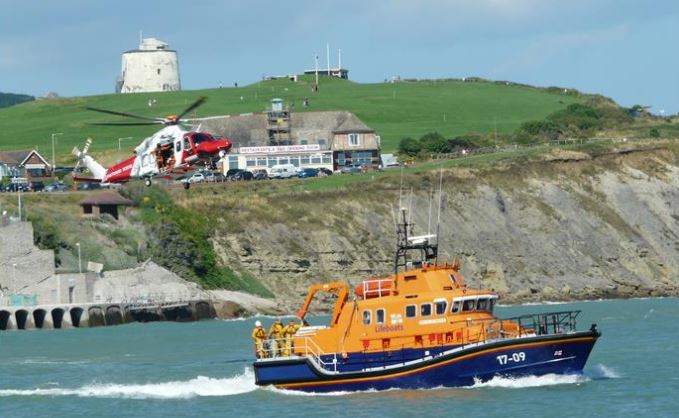 A huge search took place in the English Channel earlier today for someone trying to swim from Dover to Calais unaccompanied.

A helicopter and rescue teams were dispatched to the sea off Kent after the coastguard received a call from a member of the public saying a friend was trying to cross to France. It is most unusual for people trying to cross towards France.

this is either a very stupid swimmer or a prank

The 27-mile stretch between Dover and Calais is incredibly dangerous and home to the world’s busiest shipping lanes. Channel swimmers usually have a support boat which can show their location in the water as well as provide nutrition and be there in case of any emergencies.

A coastguard spokesperson said: ‘At around 12.10pm today HM Coastguard received a call from a member of the public with information that their friend was swimming unaccompanied to Calais from Dover. Coastguard rescue teams from Deal and Langdon, an RNLI lifeboat from Dover and a coastguard search and rescue helicopter from Lydd have been sent.’

‘Vessels in the area have been asked to keep a sharp lookout and Kent Police, Dover Port Police and Dover Port have been informed. The search is ongoing.’

The incident is not related to migrant crossings. After an 8 hour search, the RNLI found a man swimming about 500 metres from Dover. The swimmer was brought to shore and was described as “cold and tired”. Others have described them as “a bit daft”.