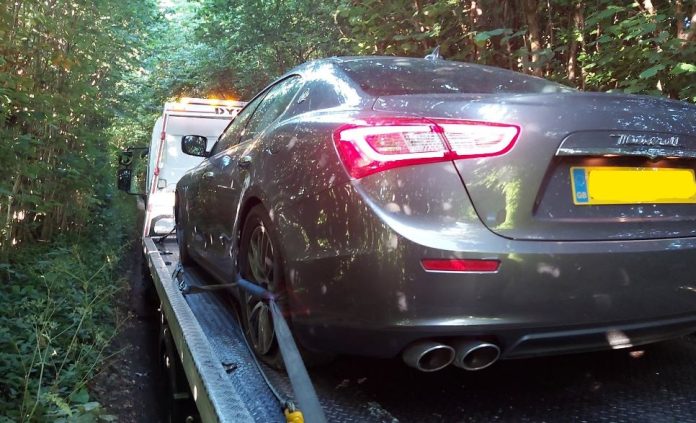 The car failed to stop when requested, which resulted in a pursuit through Maidstone.

Police managed to deploy a Stinger device which was successful. The two occupants decamped into fields and attempted to evade capture.

One was arrested after a foot chase and the other located by one of our dog handlers.

As well as recovering the stolen car, the police also found a tracker signal jammer in the car. The occupants may also be charged with ‘going equipped for theft’.