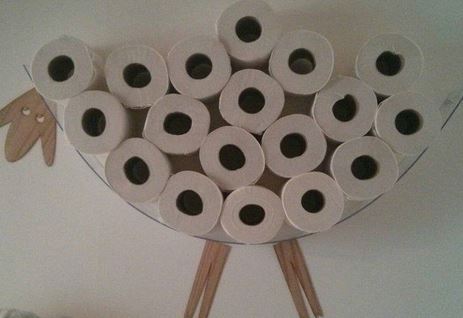 The toilet roll stockpiling that has been affecting Australia, has finally spread to our shores. Originally reported a few weeks ago, Australians were shown buying large quantities of loo roll in case they had to self isolate for two weeks or more.

The stockpiling virus has been passed on as people move around the globe and has now been detected in the UK. There were rumours of people buying copious amounts of toilet rolls last week, but it seems that the problem has exploded over the weekend.

There seems to be no way to stop this spreading even further, it is almost out of control. Shopkeepers are asking for restraint and calm amongst shoppers to try and limit the effects for everyone. One shop owner said “The fall out is going to be awful, if we cannot control this bog roll crisis”.

Elsewhere in Kent, businesses are complaining that loo roll theft is on the rise. Desperate customers are pinching the fresh rolls and leaving some places with none. The Horsebridge Arts Centre in Whitstable- a popular public arts space that hosts regular classes, film screenings, artist talks and exhibitions has seen more than 15 toilet rolled stolen over the weekend.

Centre director Liz Daone says “Toilet rolls isn’t something we can continually fund so we may have to start rationing or implement a bring-your-own-policy”. She was hopeful that people will bring new toilet paper rather than second hand stuff.