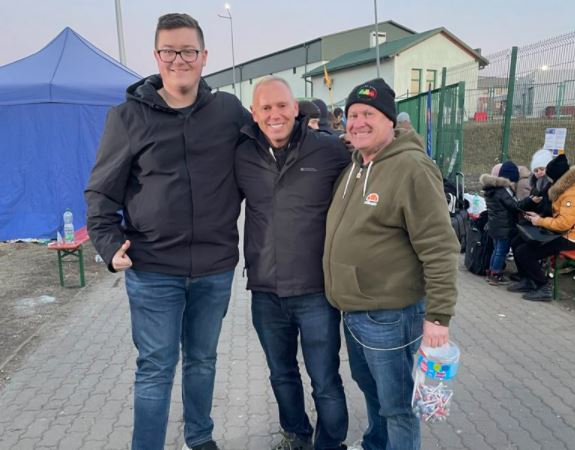 Two employees from the Kent Central Ambulance Service have driven to Poland during their time off to deliver supplies to refugees from Ukraine.

Craig Pearson & Gary Firmager spent 30 hours on the long drive to Poland, as they delivered essentials such as baby’s nappies, buggies and cots.

They remained in Poland for a further day to hand out sweets & toys to children who have walked on foot across the border with nothing.

Whilst they were in Poland, they managed to bump into Robert Rinder – who is known on the TV as Judge Rinder.

Not only was Mr Rinder very accommodating to have his photograph taken with Craig and Gary, he also called them “Best of Britain”.

Mr Rinder was also in Poland delivering much needed supplies to the Ukrainian’s, he is probably keen to get Mr Putin into a court room too, seeing how the Russian leader is accused of a number of war crimes against innocent civilians.

Mr Rinder was not the only one to congratulate the two men, as people on social media showed their support.

One said “Well done Craig and Gary. The poor sods must have endured hell with COVID over the last 2 years but they still have the energy and compassionate to help Ukrainian refugees”.

Another commented “Absolute heroes all of you. Stay safe”.