Two Migrants A Week Are Escaping From Kent Army Barracks 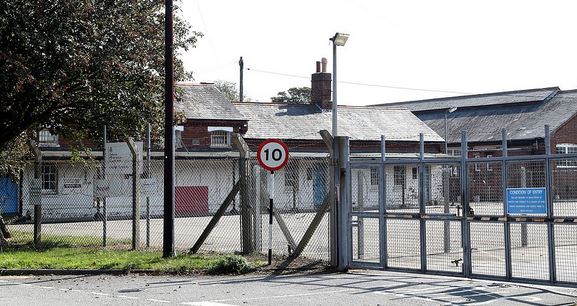 Exclusive Governemnt figures have revealed that two migrants a week are absconding from the Kent Army barracks.

Figures have shown that eight arrivals who did not provide a forwarding address were recorded as absent from the camp between 22nd September and 20th October.

The Napier Barracks facility in Folkestone became the UK’s first migrant camp in September, housing 400 asylum seekers in spite of concerns about its potential impact on the local community and wider immigration system.

MP for Folkestone and Hythe, Damian Collins, is so concerned at the findings that he has written to the Home Office asking how it could have happened. Mr Collins said he was “repeatedly assured” by Home Secretary Priti Patel, asylum seekers would receive all of the support they needed at the Ministry of Defence site. They may have received support, but the fact that they have been allowed to escape into our communities is a national secruity concern.

Nigel Farage, the leader of the Brexit Party, said he was surprised the numbers were not higher and commented that there are serious national security issues at play. He said: “The fact is that anyone can come to Britain illegally and then flee. That they’re able to do that from army camps, I’m sure most people will view it, is not just ridiculous but potentially quite dangerous”. That’s what we just said, Nigel!

Bridget Chapman, learning and project coordinator at Kent Refugee Action Network, claimed the barracks camp is an inappropriate facility in light of its current abscontion rate. “Before Napier opened, we asked questions about how people were going to be able to properly social distance. But they aren’t – you’ve got 14 people in one room.” That has got nothing to do with national security Bridget!

In response to the growing crisis, a Home Office spokesman said “We hand details of anyone who flees the site to the police and our specialist tracing team, who do everything they can to track these individuals down and, once found, their claim may be rejected.”

So in summary, the Home Office are not taking any responsibility for migrants absconding into our country. On top of that, they are passing the problem onto our local police forces, who – without being unkind, have virtually no chance of locating an unknown migrant who could be anywhere in the country!