Will Children Return To School In June? 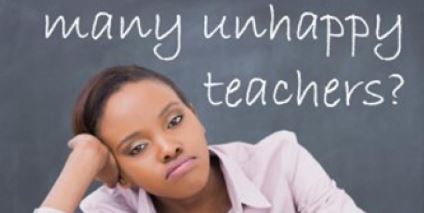 The second biggest issue concerning many people in Kent is whether their children will return to school before the summer holidays. There is an ongoing debate between the Government and teachers unions about the correct course of action.

The Government have already stated that certain years are set to return to schools on 1st June. This would give the children six weeks of schooling before the summer holidays. For some, such as Year 6 students, this could be their last chance to see their friends before they head off to the new secondary schools in September.

Teachers unions are arguing that it is not yet safe to allow higher numbers of children back into classrooms. They have asked for 5 safety concerns to be addressed before teachers will return. They feel it would not be safe for teachers of children to be back in the classroom as it is very difficult to self-distance.

Teachers unions are arguing that it is not yet safe to allow higher numbers of children back into classrooms. They have asked for 5 safety concerns to be addressed before teachers will return. They feel it would not be safe for teachers of children to be back in the classroom as it is very difficult to self-distance.

we need some certainty and some decisions made this week

Some schools have been open during lockdown, as keyworkers have relied on this ‘service’ to look after their children when they go to work. In fact, there have been no report cases of coronavirus being passed on in a school environment.

Businesses are also keeping watch on this situation as it could affect them as parents try to get back to work. Some parents will need to remain at home or ‘work from home’ if their children are to remain at home too.

The Government are keen for workers to return and to kick start the economy. But are they putting money above safety?

Parents have responded to the update about children returning and have raised their own concerns. It has been said that children will be given specific time slots for going to the bathroom ‘and will not be allowed to leave the classroom outside of their allocated toilet times’.  Also, if they fall over or have a toileting accident they will be encouraged to change themselves and clean their scrape or cut.

This is not an acceptable measure for our children and could lead to ongoing mental issues for them. Children want to be together and will find it extremely difficult, and even upsetting, to be kept away from their friends. It will be difficult to enforce self-distancing throughout the whole school day. Would they actually benefit from six weeks of schooling or could more damage be done in the short-term? If they closed until summer, it would give a further 12 weeks of safety and isolation.

People looking to re-open schools would argue that schools will need to get back to normal and this would be the first step in that process. A lot of lessons could be learnt in this first phase and would give an insight of measures, before more children return. COVID will still be around in September and so any return to school will need to follow this phased approach, no matter when it happens.

Whatever the outcome, it looks like this disagreement is going to continue up until the 1st June. Sadly, whatever your opinion on this question, the uncertainty is not going to help anyone. Perhaps the Unions have too much power if they can, in effect, overrule a government decision. Or Are the Unions doing the right thing and protecting our children, when a Government is prepared to take risks with their safety for the sake of the economy? At the moment, you may as well flip a coin to get an answer, because nobody will be able to give you a clearer picture.