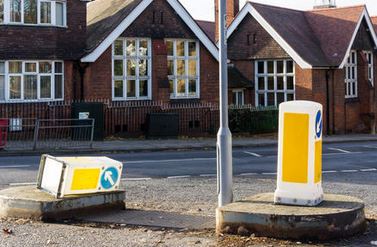 There is widespread disruption across the county this morning after high storm winds overnight.

In West Kingsdown a traffic island bollard has been spotted lying in the road after been blown over. There is also half a tree hanging down across one lane of the A20.

Wrotham has also experienced a bad night as Nigel Browns rubbish has been blown all over his garden. Luckily Nigel is working from home today so may have some extra time to go and pick up the litter.

The Dartford tunnels have also been closed after a crash with two HGVs, which is leading to long queues in Kent.

Tonbridge train services are disrupted this morning after a trampoline threw itself under the wheels of a South Eastern train. Sadly the trampoline was severely damaged and was unable to be saved.

There is also rubbish all over the roads in Larkfield after residents decided they would still put their bins out, despite the severe weather warning. They are reaping the rewards of their mistake this morning.

Please be careful if you are outside today, as you may find debris flying around or have a branch fall on you from above.