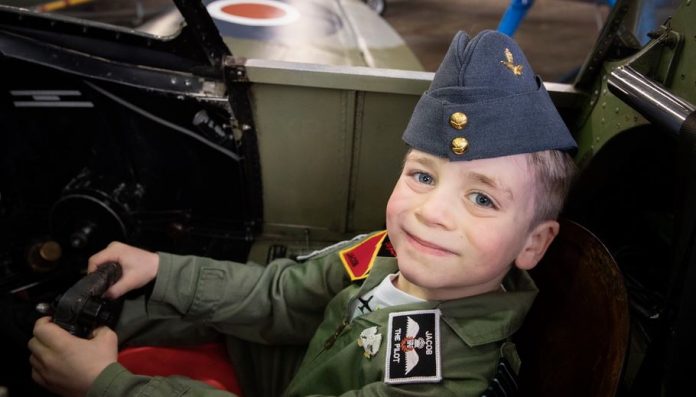 On the 30th October, 6 year old Jacob ‘The Pilot’ is planning to walk 30 miles from the former site of RAF Manston to the Battle of Britain museum memorial near Dover.

Jacob is doing his walk in aid of the RAF Benevolent Fund, which is the RAF charity. He hopes to arrive in Dover on 31st October, which co-incides with the official end date of the Battle of Britain and amrks the 80th anniversary.

The journey will be split into two legs and brave Jacob will walk with his two legs whilst wearing his mini RAF flying suit. Jacob is hoping it will not rain during his walk but if it does he may just call up his friends from the RAF for a lift to the dropzone!

Since 2019, Jacob has managed to raise over £25,000 for the RAF Benevolent Fund. He is hoping that people will come out to support him or make a donation on his JustGiving page.

The RAF Benevolent Fund provides a range of support aimed at serving and former RAF personnel and their dependants. This includes welfare breaks, grants to help with financial difficulty and getting about inside and outside the home, specialist advice on benefits and support with care needs, as well as support for young people.