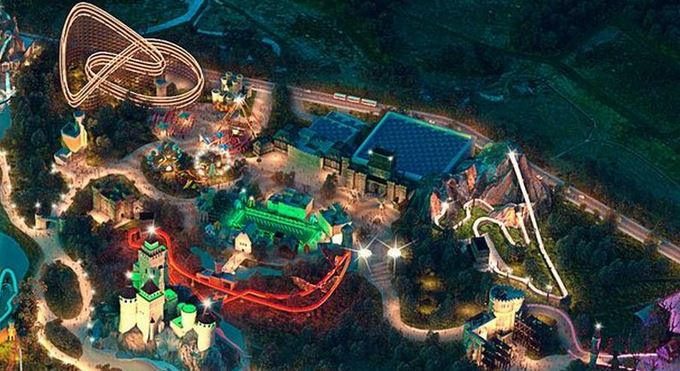 London Resort owners have released new artist-based photos of what they say the park will look like, if it opens to schedule in 2024. They say that they have received overwhelming support for the development of a new theme park, dubbed the most “ambitious projects in Europe”.

The London Resort is set to be built on the Swanscombe Peninsula and has already formed partnerships with ITV, BBC and Paramount Pictures

It is being labelled as the next “world class, sustainable next generation” park, and will be the first European development of its kind to be built since the opening of Disneyland Paris in 1992.

Resort officials have just released details of a consultation that was launched back in July. Among the proposals are plans to build a newly dedicated access road to the A2 and access from Ebbsfleet Interational, which has a High Speed rail service.

The owners say that an application for Development Consent Order will be put forward this winter. A detailed design and contractor appointment could be appointed next year, and if the Secretary of State grants the relevant permissions, the park’s construction could be underway by 2022.

Plans for the park show that it will be the size of 136 Wembley Stadiums, with different zones that will feature immersive and themed rides and attractions. A lot of people in Kent would probably prefer one stadium the size of Wembley rather than a huge theme park.

our aim of creating one of the most exciting entertainment destinations in the world, has taken another big step towards reality

The consultation documents say transport facilities will be provided on the north side of the river, set over approximately 29.5 hectares of land, on land immediately to the east of the port of Tilbury, with a transport access corridor around the A1089.

This will include a Park and Glide facility at Tilbury in Essex, which will essentially take people across the Thames. The plans also include a floating jetty and ferry terminals.

The owners also want to improve public transport and increase cycle routes – although we think it very unlikely that many people will arrive on a bicycle!

The consultation, which lasted eight weeks, reached more than 120,000 members of the public. It showed 73% of people support the London Resort’s approach to the environment and biodiversity, which includes enhancing local habitats to continue to support the wildlife that reside around the site. Out of that 73% that support the approach to the environment, 99% of those really want a new theme park on their doorstep and put that above preserving environment. After a survey of local wildlife, 100% of animals said they were opposed to the new development.