Another 72 Immigrants Arrive On Easter Sunday 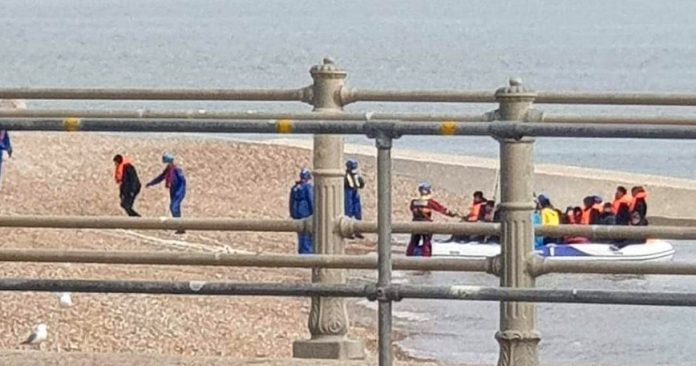 A further 72 immigrants got to the UK on Easter Sunday as they made it to our shores in four boats. They got to the coast at various points between Dover and Hastings.

They have been taken to Dover for “processing” say Kent police, although we are unsure exactly what kind of processing this will be!

The migrants say they’re from Iraq, Iran and Syria, so at least we know where they should be sent back – although that is probably unlikely to happen.

a tiny percentage of immigrants are returned to europe

When they came ashore in Hastings, they were immediately given a warning about breaking the social distancing rules. As it was only their first offence, they were let off without a fine, before being given a chocolate Easter egg each.

According to a government website, since January 2019, about 150 migrants have been returned to Europe. Considering that over 100 are arriving in the UK every week, that is a small percentage that actually get returned to their country of origin. We would like to know where the thousands are being sent to in the UK?