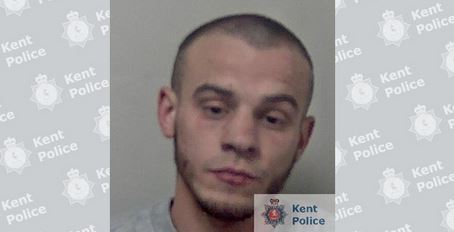 Police are asking for assistance to locate a Thanet man wanted for escaping lawful custody.

HE was there one minute and gone the next!

The 26-year-old had been arrested the previous day in connection with an aggravated burglary and is known to have links to Cliftonville and Ramsgate.

Mr Dandas is also wanted in connection with the assault of an emergency worker which is alleged to have taken place on Wednesday 14th April in Northdown Road, Cliftonville.

Anyone with information regarding his whereabouts should urgently call 999 quoting Kent 15-538.

You can also call the independent charity, Crimestoppers anonymously on 0800 555111.