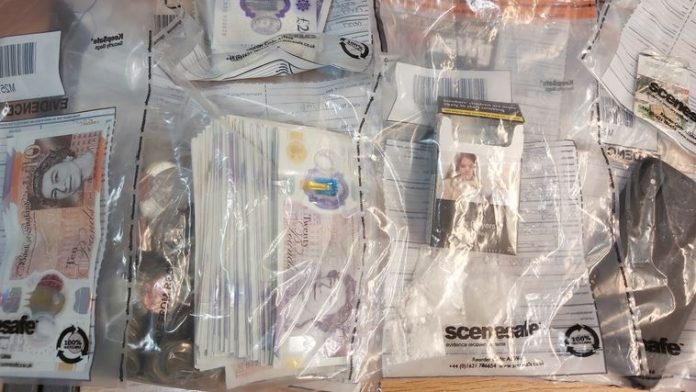 Canterbury Police have been praised after their officers seized a large amount of money and drugs from a dealer.

There were no initial grounds to search the vehicle, so they kept their distance and continued to monitor it.

After a short amount of time, when the occupant thought they were in the clear, the dealing commenced.

The Police CPT unit returned and found bags of drugs along with thousands of pounds in cash. The driver was immediately arrested and the drugs and money were seized.