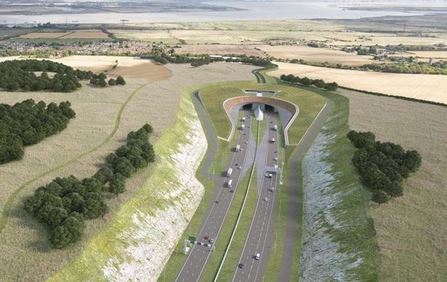 The proposed lower Thames crossing has moved a step closer to reality after the Department of Transport won a High Court legal battle yesterday.

The Environmental group were challenging up to 50 planned new road schemes including another tunnel at Stonehenge. The Transport Action Network (Tan) had accused Transport Secretary Grant Shapps and the DfT of unlawfully failing to take into account the ‘obviously material’ impact of the Road Investment Strategy 2 (RIS2) on achieving climate change objectives.

Tan argued the scheme was unlawful as the Government did not consider commitments to tackle climate change, made up of the use of carbon budgets and the legally binding target to cut emissions to net-zero by 2050.

Tan’s bid was rejected at the High Court on Monday, although they have since announced that they plan to appeal – which could still cause delay to the building projects.

The Department of Transport had argued that it had ‘full and proper regard’ to the environment when setting out the plan, including considering climate change-related impacts on the environment and carbon emissions.

In rejecting Tan’s bid, Mr Justice Holgate said the net-zero target had ‘plainly been taken into account’ when setting RIS2.

Tan Director Chris Todd said ‘The judgment has failed to grapple with the clear requirement created by Parliament that ministers must carefully consider environmental impacts. Even if rising waters were lapping at the steps of the courts and Whitehall, it appears scrutiny of government climate decisions would still be side-stepped.’