Car Seized By Police In Ashford 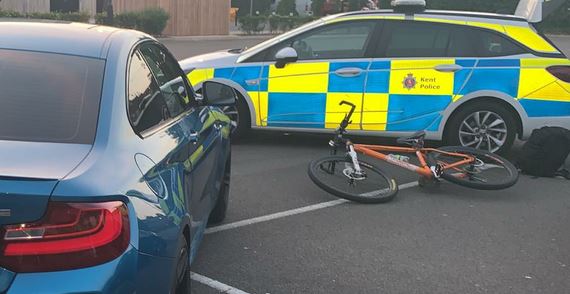 A car has been seized by police in Ashford after reports of nuisance vehicles. Police attended Dover Place car park yesterday evening after calls were received from the public.

Two drivers found driving inappropriately in the car park. One had been warned earlier this month and had already been issued with a Police Reform Act warning.

The policy of the police is that there is no second warning issued, so the car was seized on the spot.

There have been other reports of the same car driving dangerously around South Ashford recently, so it will come as a big relief to residents that this particular driver is not off the roads.

The police refused to give the driver a lift home on their bike!