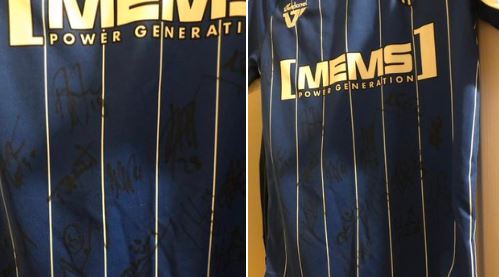 Would you like a chance to get your hands on a genuine Gilligham FC home shirt from the 2013/14 season? For the 5 people that said YES, @GillsInTheBlood have opened a charity auction.

@GillsInTheBlood is a Twitter based fan page for Gillingham FC. They already have over 3,000 followers and are looking to grow this even further. The shirt has a number of signatures on it, which means there is a good chance it has not been washed in a long time. All funds raised from the charity auction will go to the NHS charity.

If you win the shirt, you too will be able to recreate some of those epic Gillingham FC defeats, in your own garden.

To stand a chance of winning the shirt, you will need to do the following:

N.B. KentNews.Online is not associated with this auction in any capacity.