Did Anyone Miss The Rubbish Party? 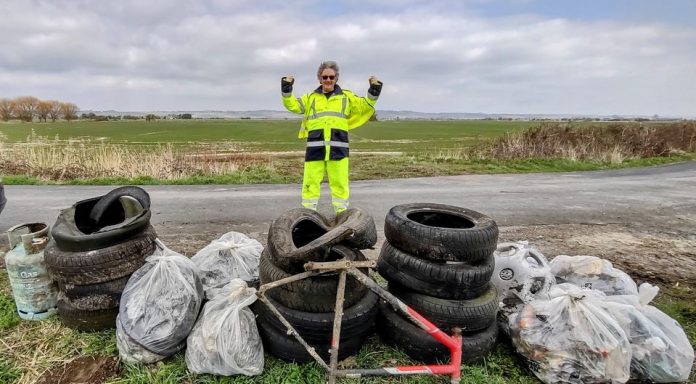 You might be led in to believing that you missed a party last weekend? It would seem that most of us were oblivious to a ‘rubbish’ party that seemed to go on, as it looked as if people were dumping tonnes of rubbish across our county. By Monday morning the Garden of England had become the rubbish tip of England.

Thankfully, the Litter Picking Watch in Romney Marsh were well aware of the party and volunteered to clear up after the party.

In the last few days, a couple of brilliant volunteers have filled nine bags of rubbish as well as finding 12 tyres, 1 bike, 1 gas cylinder and 10 car parts from the banks of a marsh drainage ditch.

Earlier in the week, they used the closure of Eastbridge Road to fill 20 sacks of historical & fresh litter as well as pulling out dumped tyres ready for collection by the local waste service company.

It is a fantastic effort by these volunteers but what a shame we have to rely on volunteers to pick up so much rubbish. What a dirty bunch some of us have become!

Elsewhere across the county, there are groups of volunteer litter pickers who are cleaning up their local areas. It just goes to show how much rubbish is thrown from cars and left in hedges, that litter picking has almost become a full time job.

Sadly the councils do not have the resources for this any more, so it is coming down on local residents to do the work in their own free time. It would be great if people took their rubbish home and disposed of it correctly, but it would seem the problem is only going to get worse as we become a ‘throw away’ society.