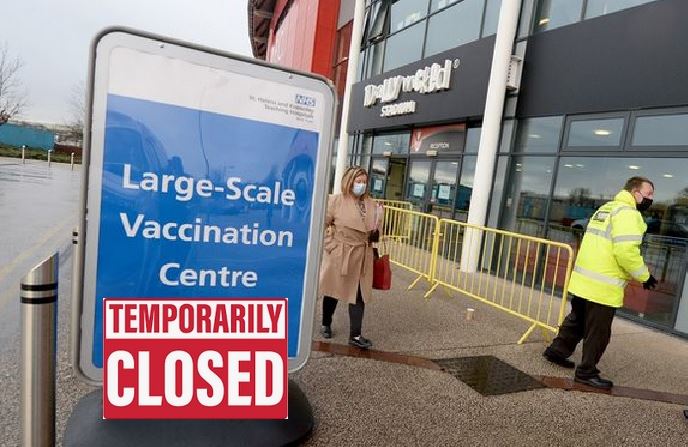 Mass vaccination centres across Kent are set to be closed for April across the County. Despite the government recording record days of people being given their vaccinations, the centres will be mothballed for weeks due to a lack of available vaccines. The vaccine roll-out has been successful up to now, but it would seem that the numbers of doses given will drop off in April.

Trained NHS staff across Kent have found that shifts at the centres have all been cancelled for the majority of April. The centres that will be shut include Gravesend, Tonbridge, Isle of Sheppey, Chatham, Aylesham and Folkestone.

It is thought that GP surgeries will continue a low level roll-out during this time, although that itself is not without controversy. It has escaped the attention of most that GP’s are now being paid ‘extra’ to perform vaccinations. For every vaccination that is done at a GP surgery, they are paid £10. This is in addition to their standard annual salary.

This is because the GP’s refused to to assist with the vaccine roll-out until it was financially beneficial for them. Once the documents were signed, the GPs then flooded their patients with invitations to get a vaccine, which left some mass vaccine centres empty in early March.

Not only have the staff at the mass vaccine centres lost their paid shifts in April, it has also been revealed that they have not received payment for hours spent training. There are about 20 modules which each staff member has to pass in order to work at a vaccine centre. Some staff did their training in January but have still not recived payment.

It is understood that the mass vaccine centres will reopen in late April, ready for the return of people due their second dose of vaccine. Hopefully by that time, there will have been time for shipments of vaccines to arrive.