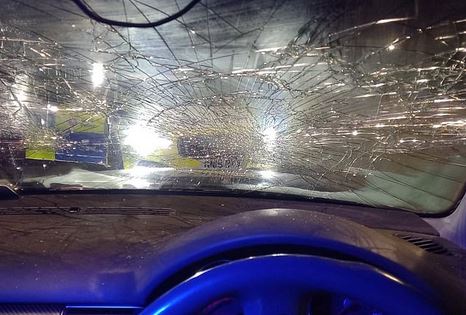 A driver has left police stunned after driving along the A2 in Kent with a shattered windscreen and no insurance.

Police officers were left in shock after finding the uninsured vehicle in an ‘outrageous condition’ near Cobham at around 10pm on Sunday evening.

The driver had also removed the number plate and left it on the dashboard inside the car, which was difficult to see due to the broken windscreen.

Kent’s Road Policing Unit tweeted about the incident and described the car as being in an ‘outrageous condition’. They also said it was not insured. The police seized the vehicle and the driver was reported for all offences.

People on social media were quick to react to the shocking condition of the car.

One said “How the heck did they even manage to see out the windscreen?”

Whilst another commented “Cracking work!”