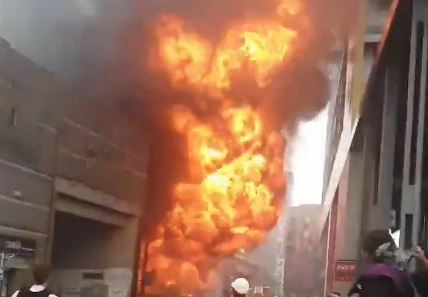 A huge fire near the Elephant and Castle railway is affecting rail services into Kent from London this afternoon.

Around 70 firefighters and 10 engines are tackling the blaze. People have been asked to avoid the area and there will not be any trains via Elephant and Castle into Kent this afternoon.

London Fire Brigade said it was first reported at 1.43pm on Monday and appeared to have started in some railway arches close by.

The Fire Brigade say that three commercial units underneath the railway arches are completely alight and four cars and a telephone box are also alight.

Southeastern has confirmed the 5.38pm service from Blackfriars to Ashford via Maidstone East will now depart from London Victoria. Just the one train affected then Southeastern?