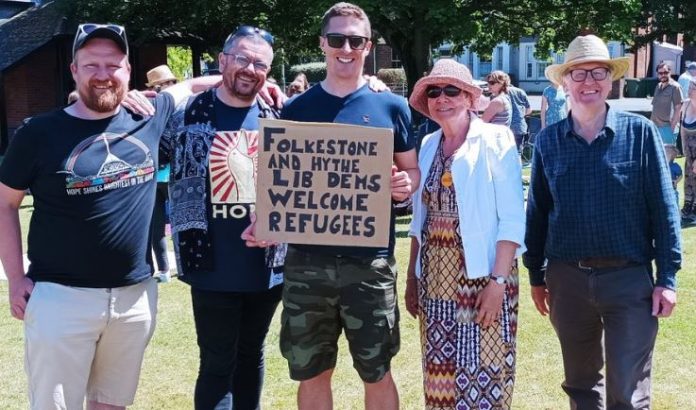 Lib Dems Matt, Tim, Adam, Alison and John were happy to participate at the Sunday picnic and even held up a sign saying “Folkestone & Hythe Lib Dems welcome Refugees”.

So the position of the Lib Dems on the Kent coast in regards to Refugees is very clear and will give voters a clear insight as to where they place their votes.

The only reaction to the photo so far has been a ‘sick’ emoji.

Opinion concerning refugees in the South-East is a very divisive subject, but it appears that the Lib Dems are happy to take a stand. Being just a stones throw from Dover, it is a brave stance to take, especially when Kent’s coastal towns have dinghies turn up on a daily basis.

The Lib Dems currently have three councillors on the council out of a total of thirty.