HomeNewsFriday Wrap-Up - Put Your Hands Up If Your Doing A Good...
News 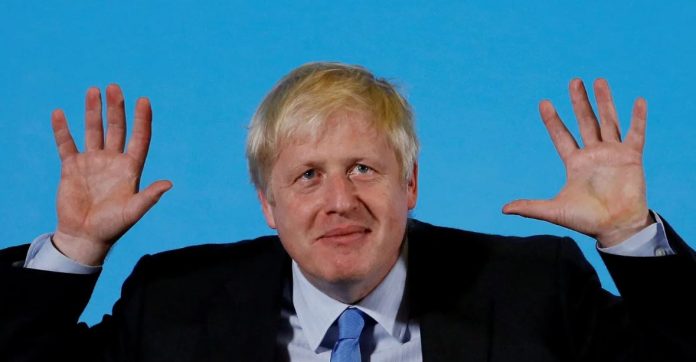 After one of the most incredible weeks on record, it is time again for a summary of al lthe latest news.

In The UK, Boris Johnson has announced to the world that he thinks he is doing a good job – despite the UK having the second highest number of COVID deaths in the world. We are only behind America, which to be fair to them, is the size of Europe. So, on a ‘per head basis’, we are doing the worst. This is not a criticism of the NHS at all, in fact, if they had been supplied enough PPE and testing kits, it could be a whole different story.

Boris decided to make his ‘good news’ statement on the very same day that the UK recorded more deaths than the whole of the EU combined. There’s always a good day to bury bad news and yesterday was that day.

It has also been revealed that the government have been fudging the statistics. No surprise there. If a person has a nose COVID swab test and then a throat swab test, they are counting this as two tests. So if the numbers say 100,000 tests have been done, that could mean that only 50,000 people have actually been tested. They also managed to lie about PPE too. Apparently, they have reported a number for the amount of gloves supplied. But they are counting individual gloves, not pairs – so the numbers are bigger. How many people do you know that only has one hand?

Boris has also decided to go on a tour of all EU state capitals, to ‘make friend’ with all the EU leaders before Brexit. Perhaps with COVID still present, perhaps now is not quite the right time. We hope he is going to quarantine for 14 days when he returns.

Around the world, the demonstrations and violence have continued after the death of George Floyd. Of course, his death was terrible, but how can the protesters continue when 15 further black people have died during the riots?

That’s correct. The little bit of news that the protesters do not want you to see. As of Friday, 15 black people have been killed in the disturbances. Will there be the same amount of outcry for these poor, innocent people?

The whole issue of racism has been brought to the fore, but surely is it a case of police brutality? Do the police treat black people differently to white people? The protesters would want you to believe this is the case. But just yesterday, a poor elderly white man was seriously hurt by the police in America.

The poor man was actually returning a police helmet to the police, when he was brutality pushed to the ground. He was knocked unconscious and there was blood from his head wound. He is now in hospital with serious injuries. Perhaps the police will call this an accident, but from the video, the police actions where completely unnecessary.

It has been a very unusual week and one that we would want to forget. There have been some people who have lost their lives, civil unrest, governments trying to hide behind statistics and people pooing behind beach huts. It can’t really get much worse!