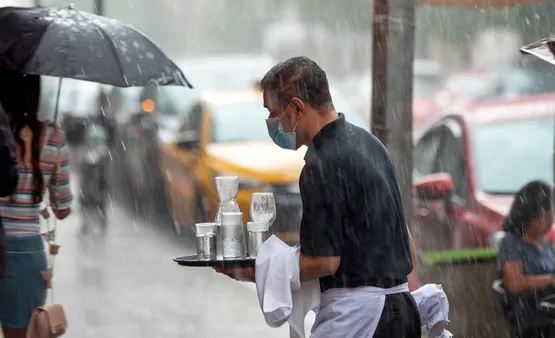 England – including Kent, has reached its next milestone in easing from the pandemic lockdown, meaning that there are a load more changes to get used to. So what can you do today that you could not do yesterday?

Foodies will be pleased to hear that they can enjoy food and drink inside a restaurant, pub or café, instead of sitting in the pouring rain trying to hold together a soggy sandwich and drink cold coffee.

Those who enjoy a tipple or seven will also be able to meet others for a pint without needing to buy a “substantial meal” such as a pork pie, but they will be required to eat and drink while seated. How very civilised!

You can now see friends and family and go in other people’s homes (not including burglars), as long as you keep to the limit of up to six people or two households. You can even give that relative a hug, which is going to be a real nightmare for any teenager when they visit their grandparents!

Despite the “make your own choice” advice from the government, the Prime Minister is urging people to remain cautious about the risks of personal contact – which will give people a good excuse if they want to avoid close contact with anyone with poor hygiene.

If you don’t want to sit indoors now that our glorious summer has arrived with all it’s rain and stormy weather, you can visit museums, cinemas, restaurants and pubs.

The new rules now allow for larger groups at weddings, reception, wakes and religious events such as bar mitzvahs and christenings, where up to 30 people are now allowed to attended. The timing if this is a huge relief to any football fan now that the season is almost finished.

The Government were probably expecting some sort of heatwave around now, which is why they allowed indoor meetings, so that has backfired spectacularly.

University students will be allowed to return to their campuses today so expect the parties to resume. Anyone who is returning for face-to-face lectures will be expected to get tested twice a week for the rest of the summer term, although it is expected that most will be too hungover to attend for at least the next week..

Smaller children in primary and secondary school will not be required to wear face masks in classrooms or communal areas from today, which means that they can now recognise their new friends.

Overseas travel to certain ‘safe locations’ is now allowed, so there has been a huge surge of people at Gatwick and Heathrow. People have been asked to travel with caution – which has been totally ignored by the majority.

Good luck all in your next steps to freedom – and stay safe!