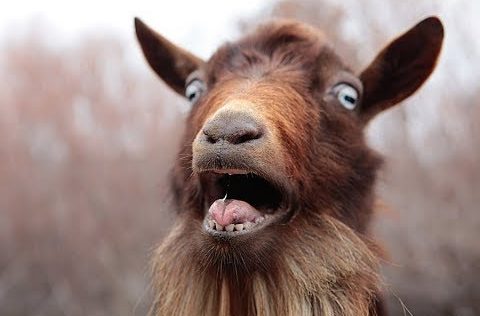 A goat sanctuary has been saved from possible closure after a problem with its recent planning permission. Buttercups based near Boughton Monchelsea had feared for its future after Maidstone council planning officers raised issues over a technicality in its planning permission last December.

The goat sanctuary was told it could not be classed as an agricultural enterprise, and so required planning permission for its four stable blocks, tearoom, three sheds and its 45-space car park.

The sanctuary has been looking after mistreated or unwanted goats from across the UK since 2003 and is a popular visitor centre for those who like the furry animals.

The owner Robert Hitch, received nearly 300 letters in support, including some from Faversham and Mid Kent MP Helen Whately and from former Maidstone and the Weald MP Ann Widdecombe .

But it turns out it was all a bit of a storm in a goats cheese salad, as when the retrospective planning application to regularise the situation went before the council last Thursday it was immediately unanimously approved by councillors without even a discussion. The only caveat is that should the owner want to create a new stable or hut, he will have to apply for planning permission each time.

There was a collective happy burp heard from the goat enclosure after the news was heard, before they continued chewing through a nearby fence.

An interesting fact about goats is that “Goats are burpers! This is due to the role of their rumen. The rumen, which in a mature goat holds four to five gallons of plant material, breaks down cellulose and acts as a fermentation vat. Fermentation produces gas, and this gas escapes in the form of loud, healthy burps. Goats can frequently be heard burping”.