HomeTravelGovernment Plan To Install Portaloos Along M20 And A20
Travel

Government Plan To Install Portaloos Along M20 And A20 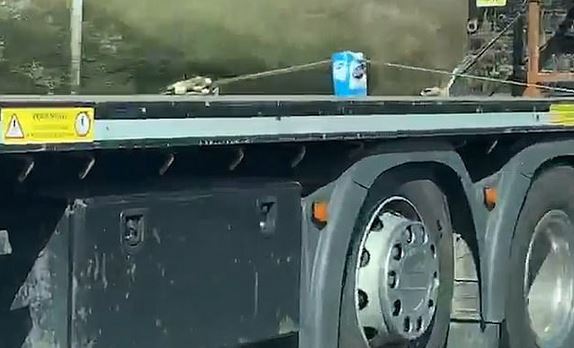 The portaloos are to be installed along the M20 and A20 before the Brexit changes on 1st January 2021.

The government says it has drawn up “detailed plans” to line the route with loos by 31st December when cross-Channel transport could be affected.

as the government prepares for a possible “worst-case scenario” of having to queue up to 7,000 lorries at a time, it has confirmed portable toilets will be set up to help frustrated drivers. Speaking at a committee on Brexit preparedness, a Parliamentary under-Secretary of State at the Department for Transport said it is “vital” the facilities are put in place.

Lorry drivers are just as fed up as the local residents with verges continually being used as a toilet by those who simply have nowhere else to go during hold-ups and Operation Stack.

One driver confirmed that he felt like an animal when he was caught squatting behind a nearby bush.

Rachel Maclean MP said: “We have detailed plans for provision of not only Portaloos but other facilities for drivers – not only in Kent if there is stationary traffic, but also in a range of other areas. We really want to minimise the impact on those drivers who are already working really hard. We rely on the haulage industry for a supply of critical goods and we must consider their welfare.”

If you had a factory without a toilet, you’d be shut down.

As well as toilets, the minister revealed temporary outdoor shower and washroom facilities will also be provided, although do not expect to see lorry drivers sitting in warm bubble baths by the side of the road.

Locals are already complaining that unless bins are installed too, there will be piles of rubbish left around the portable toilets.

Earlier this month, former international haulage boss Geoffrey Cave-Wood said he has been lobbying MPs to get permanent lockable loos install on the A20.

He stressed that in his 60 years of industry experience, the county’s current lorry parking problem was the worst he had seen anywhere in the world.