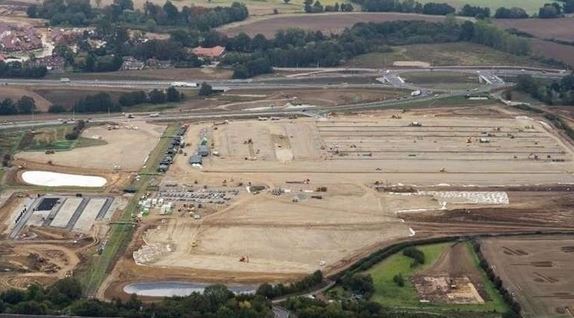 A petition has been started to name the new lorry park in Kent after Nigel Farage. The idea first began when the land in Ashford was set aside by the Government for a new customs lorry park.

At first, the located was named on Google Maps has ‘The Farage Garage’, but has since been removed. Now a chap by the name of Gareth Evans has decided to begin an official petition which he hopes ot put in front of Kent County Council.

The text for the petition states “The undersigned request that the new brexit lorry park in kent be named after Nigel Farage, without his years of selfish grift, dissembling and misapplied zeal on the behalf of the more gullible voters of Kent this project just would not be happening. It is fitting that every lorry driver, every commuter and every local resident has a chance to link this fine example of civil engineering to its true hero”.

Gareth says “For the foreseeable future everyone should genuinely be able to refer to this diesel soaked valhalla as Nigel’s Folly”.