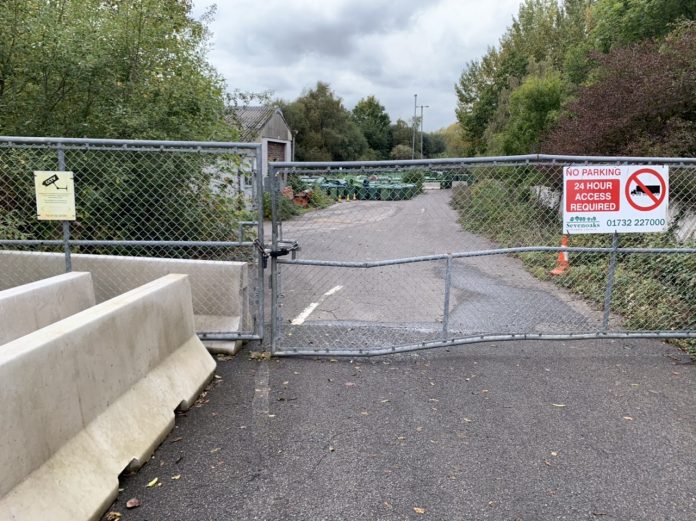 The COVID testing in Kent has been said to be in a state of disarray and mismanagement after a number of people have reported problems.

We have been informed that a number of people have attempted to get tested for COVID at drive through test centres, only to encounter numerous issues. Due to the rise in cases, it has been getting progressively harder to book a test.

It has been revealed this weekend that a number of COVID test centres are not run by the NHS at all, but have been outsourced to private companies.

One local resident told us that they were sent to a drive through test centre in Otford, yet the address they were provided was not clear. After driving around for nearly an hour, they telephoned the COVID Helpline, who were unable to give any more information, other than it was at “Depot Car Park, Otford”, along with a Post Code.

Eventually they found an old council storage depot that was closed and locked. When they stopped and spoke to a local trader nearby, he informed them that they were the eighteenth car that had been looking for the test centre that afternoon and the locked council site was indeed the address in question.

After calling the COVID Helpline again, they were informed that the Otford test centre was run by a 3rd party and once they had run out of tests, they would “close the centre and go home”. They said that the test centres would sometimes use their allotment of tests for “walk-ins”, when they should be reserved for appointments, so they could run out sooner than expected. This was despite the fact that the COVID helpline were still taking same day appointments for the Otford test centre.

From the photo supplied of the depot test centre, it looks like an old bin storage facility with locked metal gates. It does not appear that any tests have been done there recently.

Last week, a resident in North Kent also reported serious issues with the testing programme. They required an urgent test, but were informed that the only availability was at Medway Hospital the following day, a round trip of over 40 miles. Not the sort of journey that someone would want to do when ill, let alone with possible COVID symptoms.

Despite the Government saying tests could be turned around in 24 hours, when the resident arrived at Medway, they were told that the test would take 72 hours to process due to demand.

After waiting for nearly three days, the person contacted the NHS to find out their results. They were then informed that as they had not been provided with a “unique code” at the Medway Test Centre, there was no way to retrieve their test results. Not only that, but the testing laboratories are closed at the weekends, so the 72 hours is only for “work days”. Therefore, anyone waiting for test results could potentially be waiting for up to 5 days if there is a weekend in the middle.

The person also told us that the Medway Test Centre did not appear to be providing codes to anyone in the queue in front of them. There could be hundreds of people who attended Medway Hospital, waiting for their COVID results, who will never receive them.

With a rise in Coronavirus infections and deaths, there are fears that the outbreak will spike in Kent again. It is frightening news that COVID testing in the county is not working correctly. Letters have bene sent to MPs demanding answers before these serious issues turn into a major crisis.