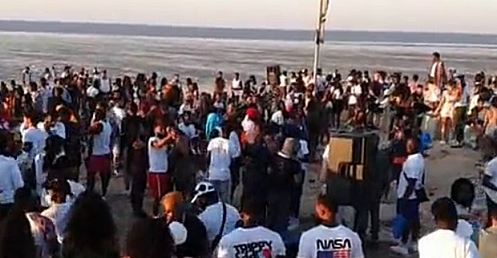 An illegal party look place in Leysdown last night as hundreds of people congregated on the beach. Despite warnings about large gatherings, a large number of people met up for a boogie.

why did the police not disperse the people at this beach rave?

As the rave got underway, it was reported that local police were observing, but not intervening. Which is helpful considering the current restrictions.

Later on, fighting broke out in the group and there were reports of a stabbing. Soon after, the air ambulance was called and has taken someone to a London hospital. A police helicopter was seen searching the area.

Unconfirmed reports say that two young males from London who attended the beach rave were stabbed shortly before midnight last night. It is unknown if only one or both of them were taken by air ambulance to Kings College Hospital in London.

Late yesterday, Health Secretary Matt Hancock threathened to close beaches across the country if the public did not follow social distancing rules. Perhaps he needs to speak to the police about enforcing these rules too.