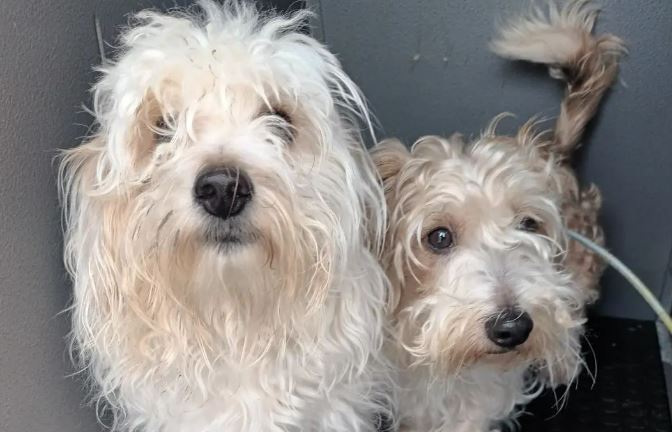 Animal Adoptions are appealing for information after two dogs were found dumped in a cage left in Sittingbourne.

They were found on Monday 28th November. Both dogs were found to be underweight and suffering from parasites. They also had over grown nails and are not used to being handled, which shows that the neglect has been taking place for some time.

They are both aged about 1.They are not suitable for rehoming.

One thought is that they have been dumped by unscrupulous breeders who were unable to sell them. With the cost of living crisis, less people are purchasing pets, which means that any ‘unsold’ animals left with breeders, are being dumped.

Animal Adoptions are appealing for information to find out who mistreated these animals.