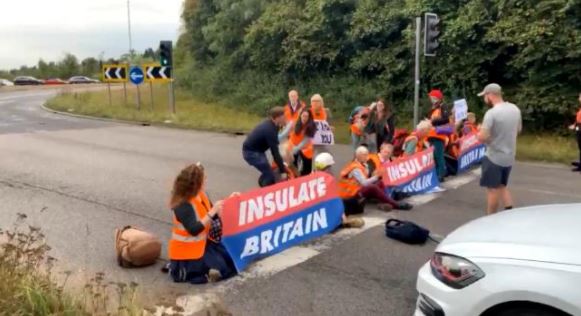 Insulate Britain protesters have once again blocked the M25 at the Swanley inter-change, despite a court injunction being in place.

Kent Police are currently in attendance at J3 of the M25 (Swanley Interchange) at 8am this morning due to a group of protesters blocking the roundabout. The southern side of the roundabout is blocked and the A20 is partially obstructed with queueing traffic on the B2173 through Swanley.

Police have arrested at least 11 people and are warning that motorists should expect delays and find alternative routes if possible whilst they work with Highways South East to remove the protesters.

It is also thought that protesters are also causing problems at the Dartford Crossing this morning. Some drivers are reporting delays of 3 hours or more as they try to get to work.

People affected by the protests are asking police to take a tougher stance with the people. They are asking for custodial sentences to be imposed to prevent them being able to do the same in a few days time.