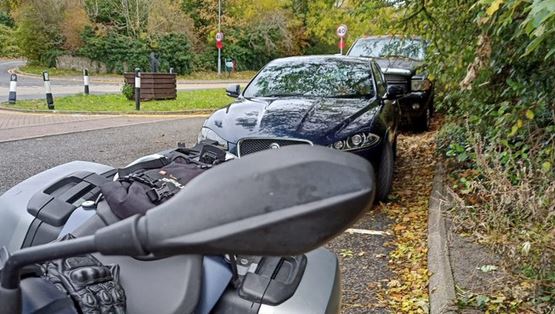 If you think that you are having a bad day, it is probably not as bad as this Jaguar driver’s day.

They were caught today by an unmarked police motorcycle doing 145mph on the A2 near Cobham. The police managed to keep up with the speeding vehicle and were able to get it to pull over.

If getting caught doing 75mph over the speed limit was not enough, the police were shocked to find that a child was in the car.

If that still was not enough, the driver was then found to test positive for cocaine!

Thankfully the police were able to remove this dangerous person from our roads and they now have a few hours in custody to think about their stupid actions, followed by a nice day in court.